The Greatest Winner: Who is Maya Moore? 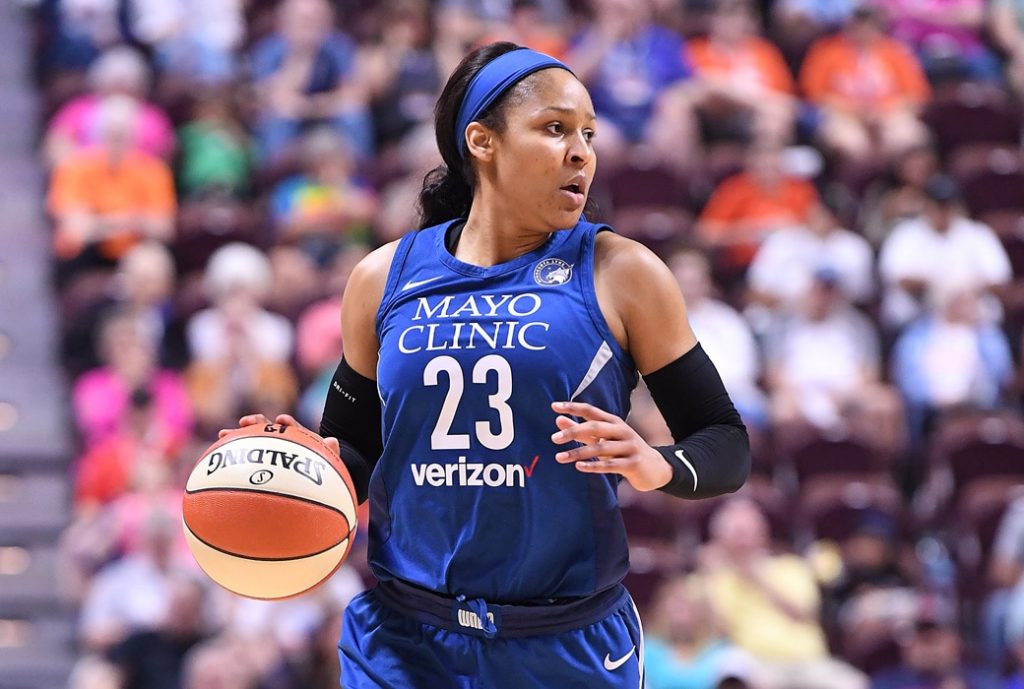 We are living in very weird times. It is almost the end of July and not only are we watching the remaining games of the Premier League season, but we will also see the return of the NBA season in a couple of weeks.

The way American sports seasons work the NBA will end and the WNBA will takeover a few weeks later. This year they will be running side by side until late into the year. Because of this situation, I had been thinking a lot about what my first topic regarding basketball should be.

I could have chosen to discuss who is better: Lebron James or Michael Jordan. We could have chosen to discuss whether Zion Williamson will be the face of the NBA. I could do predictions and have you guys shout at me for not picking your team to win the championship. However, I want to talk about the WNBA. Specifically, I want to talk about one of their biggest stars, Maya April Moore.

I doubt that name sounds familiar to you but honestly, it should. Maya Moore is the ultimate winner. At every level she has played basketball, Maya Moore has won. Moore has won four WNBA Championships, she’s won some MVPs along the way with a few All-Star appearances. She won at the college level with the University of Connecticut women’s basketball team. She also won in High School and internationally with Team USA Women’s Basketball.

Also, because the WNBA players are not paid a fair amount, she also won playing basketball in China and Russia. The equation is simple, if you have Maya Moore on your team you will most likely win. The impressive thing about this is that she has been seen as the best player every time she has stepped onto a basketball court. The female Kareem Abdul Jabbar.

Like Kareem Abdul Jabbar she has so much more to be proud of than just basketball. She is part of the End it Movement that seeks to end slavery in these modern times. She is part of the UNICEF Kid Power, which aims to connect kids’ everyday activities to real-world impact. I am a big fan so I have gone on about her achievements, but that is not actually why I posted this article. I wrote this because Maya Moore has not played basketball in two years and it is important that you know why.

Maya Moore took a sabbatical from basketball in order to help Jonathan Irons. Irons had served a 50-year prison sentence since he was 16 years old for a crime he did not commit. Fingerprint evidence that was not Irons’ was not passed on to his defence team so he spent 24 years in prison. Upon his release from prison earlier this year Irons said “I feel like I can live my life now.”

When Moore left she was at the peak of her basketball powers, she was the face of the WNBA, one of the faces of Jordan basketball and she was the best player in the whole sport. You see there was no guarantee of success with this case. So, it would have been easy for Moore to say that she is in the prime of a Hall of Fame career and she did not have time to stop her career for a case that could have easily failed.

Female athlete activists are not always spoken about as often as they should be. We always talk about Muhammad Ali and Kareem Abdul Jabbar and rightly so. Their contributions to society should and will always be applauded. But rarely do people speak about Billie Jean King, Althea Gibson, Jackie Joyner-Kersee. These days we have Serena and Venus Williams, Maya Moore and so many others who are not just some greatest athlete activists of all time.

The reason I chose to talk about this is that recently Kyrie Irving apparently advocated for NBA players to sit out the season because he felt playing would be a distraction from the ongoing issues in America. Irving reportedly made it clear that he ‘would be willing to give up everything for change.

The response to this was largely negative from fans and the media alike. However, the comment that annoyed me most was that Irving would be the first to sit out a season to fight for change. Well in actual fact someone else has sat out her season in fact for two years. Her name is Maya April Moore and may her name never sound unfamiliar to you again.