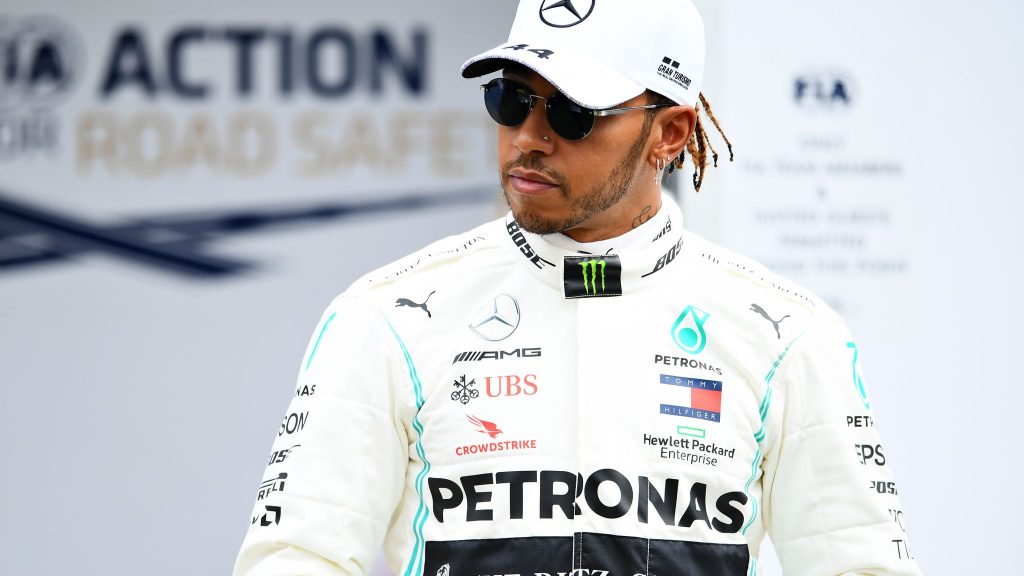 The Formula 1 season started this weekend which gives me the perfect opportunity to talk about one of my favourite topics — Lewis Hamilton. Unless you are a Formula 1 fan or a frequent purchaser of Tommy Hilfiger clothing, I doubt you know that much about Lewis Hamilton and what he has achieved or what he is close to achieving.

For those of you that do not know Lewis Hamilton, he is a British Formula 1 driver born in Stevenage, Hertfordshire. He started karting at 8 years old and later joined Mclaren’s driver development program. In 2008, he won his first world championship. Twelve years later, he has added five more world championships driving for Mercedes, making a total of six world championships. He now has a chance this season to tie the all-time record of seven.

So with the most titles of his era, why do we overlook Hamilton when we talk about all-time great athletes? We talk about Serena Williams, Lebron James, Messi, Ronaldo, and rightly so because they are all brilliant. We even talk more about Andy Murray more than we do about Lewis Hamilton.

You could make the argument that Lewis Hamilton has been as dominant as most athletes in his era. Lewis Hamilton to me is doing exactly what Tiger Woods has done for golf. That is being a black man that not only dominates a white sport but becomes the face of that sport.

When you think of what Hamilton has achieved and what he has had to go through, you cannot help but be impressed.

He has had to constantly battle racism from people within the motorsport community since he was eight. Hamilton faces questions about whether he is British enough from the British tabloids because like most Formula 1 drivers he lives in Monaco and faces false stories about his contract and his lifestyle.

He has also had to deal with other drivers questioning his salary, endure some Formula 1 fans booing him every time he wins, being labeled as arrogant since his first season in the sport, and other drivers downplaying his dominance as simply down to his car, which they do not seem to do for other drivers that have won. Yet he does not say anything back to anyone.

In typical Hamilton style, he takes it in his stride. He always says he does all his talking on the track. Recently, when he has been as outspoken as any other athlete about racism in society, he has been blasted by a lot of fans as being “whiny” and complaining too much.

The former Formula 1 boss, believed that the racism Hamilton says he has experienced should have been taken as a compliment. When Lewis Hamilton called out other Formula 1 drivers for being quiet in the face of racism, he drew criticism from some sections of the media for chastising the drivers.

Then you look at how he has been treated in the UK. Lewis Hamilton has not been knighted. Andy Murray has been a good tennis player, but he was knighted after winning three grand slam tournaments. Bradley Wiggins has been a great cyclist, but the idea that he has been more deserving of a knighthood is outlandish.

None of the other Formula 1 drivers that have been knighted have ever smelt the type of success that Hamilton has achieved. Of all the athletes that have recently been knighted or been similarly decorated, only Mo Farah, Chris Hoy, and maybe Jessica Ennis-Hill can claim to be as dominant as Hamilton. Lewis Hamilton has been nominated as a sports personality of the year five times and has won once. Not to say that others did not deserve to win but Hamilton deserved that award just as much as anyone.

So why do we disrespect greatness? If you look at every great Formula 1 record, Hamilton either owns it or is about to break it. Do we not take Formula 1 seriously as a sport? Most likely. I’d argue it is one of the most physically demanding sports. Drivers stand to lose between 2 to 4 kg during a race. Drivers must also have superior reflexes due to the sudden changes and it also demands that they have a large amount of knowledge of fuels, balances, technology, and much more.

Can Formula 1 be boring? My sister once asked why I would watch cars go round in circles. Is it because he is quiet? I could see that. It is because he is black? Probably.

Like Lebron James, Lewis Hamilton is 35 years old. Similar to Serena Williams, he can probably see the end of his career coming sooner than we realise. Like Tiger Woods, he has been the face of an entire sport. So while they are all here, we must appreciate their greatness. Greatness like all of theirs does not happen often. So, when it does it is easy to become frustrated with their dominance and look for the next young athlete to challenge that dominance.

That young athlete’s time will come. But as of right now I ask of you one simple favour. Learn about Lewis Hamilton and what he has achieved. He has been just as dominant as any other athlete in this era. Hamilton seems to be the type of person who will disappear once he is finished with the sport. By then it may be too late to witness greatness.