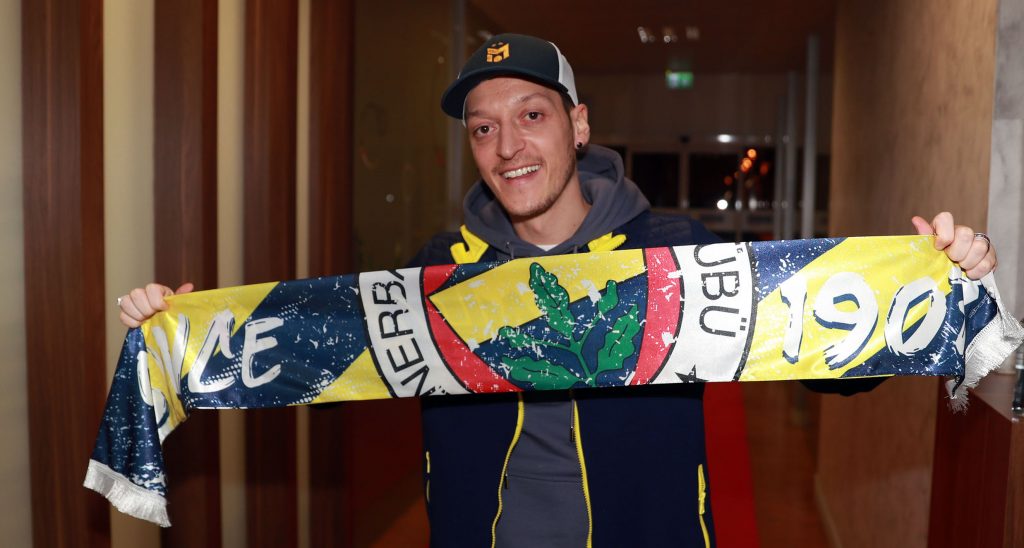 I think it is about time that fans face the reality that loyalty does not exist in sports. This week Arsenal’s longest-serving player Mesut Ozil will leave the club to sign for his boyhood football club Fenerbache.

Personally, this has created a lot of mixed feelings. I have been an Ozil fan since I watched him play for Germany against Australia at the 2010 World Cup. But, I also must be honest with myself and everybody else when I say Ozil’s performances have not been up to scratch in the last couple of years. But I have been very disappointed in the treatment of Ozil. This is because I do not believe it was a decision made based on football alone. However, that is a conversation for another day.

Ozil’s situation has brought up the conversation of loyalty in sports in my mind. Ozil came to Arsenal at a time when they were struggling to attract top players. His arrival brought so much excitement to a fanbase that had been starved of top-quality signing.

Unlike his partner Alexis Sanchez, Ozil would later sign a contract even though he had other offers on the table. Sanchez was blasted by fans for his lack of loyalty to Arsenal while Ozil was praised for staying.

A couple of years later he was frozen out by Arsenal and released before his contract was finished. Many see this to be a business decision to get Ozil’s wages off the books. My question is this. Did Arsenal not owe Ozil the same loyalty he showed them or do we only expect the athletes to be loyal?

This is the funny part about being a fan. We are supportive of our teams and the star player. However, if that star player begins to play below a required level, we begin to think about how much we could get back for him if we sold or traded him away.

It better not be the star athlete who believes that his or her talents are being wasted on a bad team and that it is time they left. If that happens you better expect a barrage of insults from the angry fanbase. The odd team will see it fit to leak stories to the media that aim to assassinate your character and to make everybody look upon you as a bad person or sell out.

For example, Lebron James left the Cleveland Cavaliers to play for a better organised Miami Heat. He is still being slammed for that decision to this day. In the NFL Jamal Adams and Jalen Ramsey asked to be traded away from losing organisations. They were called every name under the sun by fans and pundits. Yet, this season they both had arguably the best years of their young careers and they also made the playoffs. Then you look at Thibaut Courtois, who asked to leave Chelsea to move closer to his children in Spain. He pushed for a move to Real Madrid, even not turning up to training, and in the end, he got the move he wanted. But, he was also lambasted by fans and pundits.

My question is if we are going to call the athletes disloyal why not the franchises? Why would the Raptors trade Demar Derozan, someone who loved their franchise for Kawhi Leonard? They did this after telling him they would not trade him. Isaiah Thomas was traded from the Celtics after playing with an injured hip. This injury has stalled his career and he played a game for them a couple of days after his sister passed away. Demarcus Cousins was traded away by the Sacramento Kings in the middle of the All-Star game. There are countless tales of teams trading their players and the players finding out via family members, teammates, Twitter, television, and even on their honeymoon! None of these situations is what I would consider having been loyal. But again the burden lies with the athlete, right?

At the end of the day, loyalty is tied to emotion. From what we keep being told, sports is a business. So, it must be bad business if you act purely on emotion.

It is the job of the owners and the people who run the teams to do what they feel is in the best interest business-wise for their team. That is understandable.

But athletes today are smarter than ever. Athletes understand that teams will leave them by the wayside if they do not perform. They understand that they are not just athletes. They are business commodities now and they are also now aware more than ever that their careers do not last forever. So, while they are here, they must maximise every opportunity to win, or if winning is not their main focus to earn as much money as possible to feed their families.

In the end, given the nature of the relationship the parties have entered, it would be insane to expect anything beyond a purely business relationship. Yes, it is amazing when both parties get along well and want to make the relationship last. But, that is not all too realistic. It is important to remember that when business interests no longer align, it is okay for one party to move on and do what is best for them.