Debunking The Myths Of ‘elusive’ K-POP 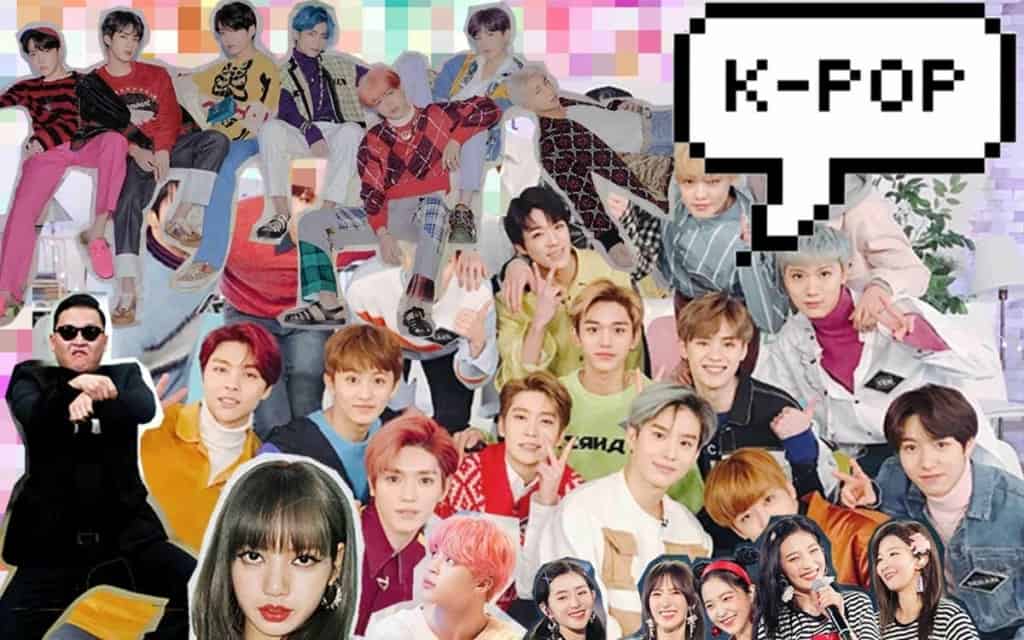 The birth of music has served as a purpose of getaway from the mundane happenings to inspirational, melodic tunes that guided slaves to opposing Russian invasion, etc., music plays a role in uniting people and inspiring numerous protests and revolutions.

In recent days, there has been an emergence of mixed reactions of sensible as well as illogical commentaries on K-POP also known as Korean-Pop, fans and their nature of stan culture, dedicated fan base, and so forth. The genre established itself as a groundbreaking phenomenon in terms of breaking stereotypical norms in a heteronormative cis-history of our society alongside their versatile range of production, music videos, choreography, and artistic brilliance with no limitations. As such, the growth of fan bases too has increased comparatively. Since K-POP presents itself at a pedestal that fails to conform to a society’s expectation of how men mostly are perceived to be appearing as masculine, bearded, shredded, and an unbreakable stoic nature, they are often stereotyped as effeminate.

Often fans are again pushed into confinement of ‘only female fans’ and yet again dismissed as a mere 12/14-year-old screaming, a hormonal teenager with no free thoughts and a choice of their own. South Korea is a relatively small country and K-POP is regarded as one earning force of the country and a useful mechanism in expanding its culture in relation to Korean language being accepted as part of academic curriculums and foreign students opting to study in Korean universities. With a wave known as Hallyu consisting of K-POP, Kdramas, and so forth, South Korea has further leveled up their game to elevate themselves and create a niche outside the predominant ‘western’ culture and artistry.

However, when it comes to the expansion of K-POP there have been onlookers who choose to conventionalize and box fans into a periphery of ridiculous narratives who uses remarks such as ‘gay’, ‘unmanly’ which discredit both their likes and the artists in question. Furthermore, female fans are considered toxic, too invested while ‘male fans’ are considered to be a joke with response to their musical taste by their own peers.

The massive K-pop industry, which is supported by the South Korean government as a valuable part of the Korean Wave and a soft power apparatus towards youth around the world, isn’t going away any time soon. The onset of the current scenario has extended the hands of K-POP fans into targeted acts of political activism, willingly vocal about societal norms and its issues which is inclusive of both the youth and adults alike, digitally literate and paying more attention to political issues much enthusiastic than their predecessors. K-POP stans have made it clear that they are a force to be reckoned with and considered, both within the K-POP industry and in broader politics. Despite these thought-provoking episodes in the K-POP world, non-fans and the general public are indirectly responsible for sexually insensitive and thoughtless statements about the fans and the artists being thrown around under the garb of a ‘joke’.

Pop culture is vast and ranges in terms of The Beatles, N-Sync, and The Backstreet Boys, the list goes on, formerly glorified and loved by females mostly and males alike in which the notion of fangirling became a part of the pop-cultural world. The yesteryears of fangirling and investment of time, money, and thoughts were idealized however K-POP fans are currently discredited for openly supporting and loving this genre of music. Language, as an excuse to cover up this blatant xenophobia, is flimsy at best and ignorant at its worst.

The focal point here is the accusations, dismissal, and generalization of their love and support of K-POP in the youth world perceived to be a waste of time and a complete erasure of their activism, patriotic sense towards their own culture, values, and belief system. By the mentions of South Korea’s achievements in the global platform, one does not place the country on a pedestal of flawless governance and stability rather a ‘developing country’ tackling its own issues. But their symbolic status of elevating their country’s concern, people, culture, and history to a global stature is a feat to be recognized and serves as an inspiration. One such remarkable feat is of K-POP fandoms unitedly standing against the rightist movements when the Black Lives Matter movement erupted in the US. One instance is of the BTS ARMY matching up to the 1 million donation that BTS donated to the movement. The gist of their passion and support for their groups is no different than the worldwide respected yester bands of Queen, The Beatles, and the likes of which garnered millions of fans regardless of gender.

The area of concern and question lies in respecting and acknowledging these fan bases that act dedicated, inspired and passionate about their near surroundings in the name of their favorite groups and artists which leaves us to understand the influential impact left by K-POP. These are the youths of tomorrow, by the concepts of promoting mental health through the ‘Love Yourself’ era by BTS. This remains as one amongst the many prints left on the fans and even partnering up with UNICEF campaigns to spread awareness and bring about a change of topics which we usually dismiss and never ponder upon. Cases of bullying amongst high school students, struggles of today’s youth in speaking up of their mental problems is indeed an episode worth researching.

The youth today are fearless in the sense of being vocal, technologically well-equipped, dedicated and socially able, and thorough about their history and tackling them to be the generations of tomorrow. They are diverse, versatile in age, and from all backgrounds regardless of class, creed, race, nationality, etc. This year, the UNGA welcomed the presence of BTS, the biggest band in today’s generation to give a speech on climate change, digital community, vaccines, and the power of youth to change the future. This is BTS’s third prominent appearance in the UN, being represented on the ideologies of youth, this truly marks the coming together of all without any barriers.

To generalize a certain aspect of a genre and a community of fan bases is basic ignorance on our parts. These people are reckoning the ideologies of philanthropy and feel there is a need for meaningful desires to connect cultures beyond borders to grasp a better understanding of the reeling global scenario. They may even be the new innovative social justice system we are in need of.  Understanding this activism, of said fan bases, requires seeing young people beyond just being fans intricately pushing their platforms in order to have an active voice is something to be appreciated rather than to dismiss it as a whole.