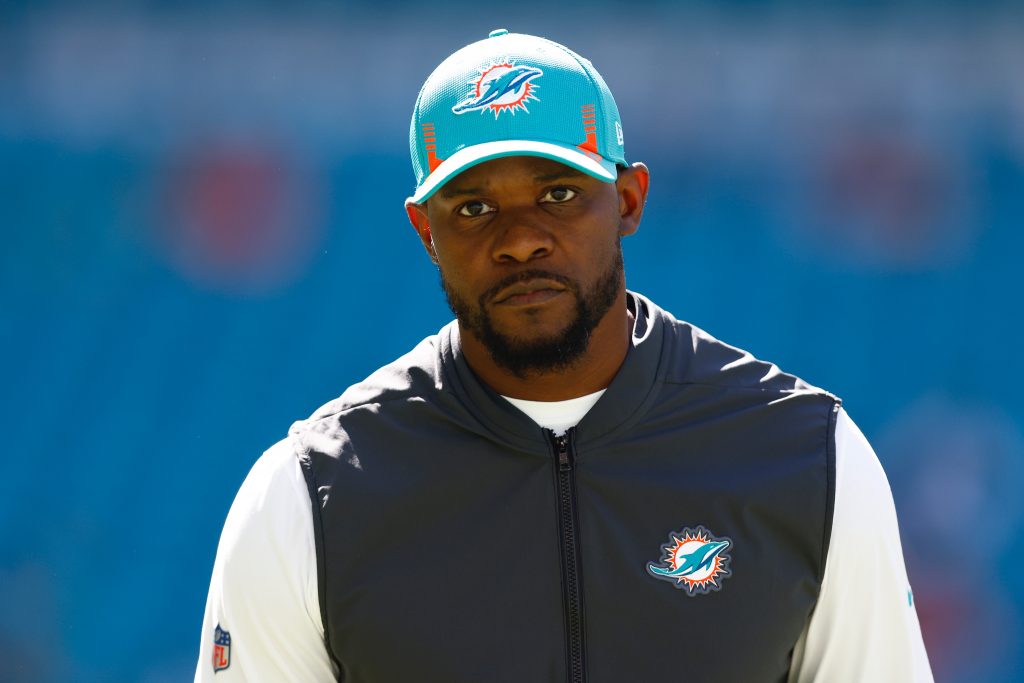 It has been quite a busy week in the world of sport. A lot of key moments and headlines from around the globe have made for interesting conversations, articles, interviews, and much more. However, no story is as big as what the next sentence is about to say. The NFL got sued this week and it was about time.

The week before the Superbowl is usually a very big week for the NFL as the Pro Bowl is on. The league’s best players — that are not in the Superbowl — gather in one place for a fun week of activities, interviews, and then the big game on Sunday.

Now, instead of talking about the Pro Bowl, we have been talking about Brian Flores’ lawsuit against the league and its teams. On Tuesday, the former Miami Dolphins Head Coach accused the NFL of racist hiring practices.

Flores’ lawsuit said the NFL is segregated as is “managed much like a plantation.” He accused the Miami Dolphins owner of offering to pay him $100,000 for every loss in the 2019 season. He also accused the New York Giants and the Denver Broncos of “sham” interviews to abide by the Rooney Rule regulations.

What is the Rooney Rule you ask? Well, it is a policy that requires teams to interview ethnic-minority candidates for head coaching and senior football operation jobs.

The NFL and the teams accused have all denied these accusations.

These allegations made by Flores are significant. The hiring practice of the NFL has long been questioned, even after the Rooney Rule was formed in 2002. Since then, only 15 of the 129 Head Coaching vacancies – not interim positions – have been filled by black coaches. So, if Flores’ lawsuit is proven in court, along with the other allegations, this could be a landmark moment in the NFL’s history.

So, how did we get here?

Well, Brian Flores was recently fired from his job as Head Coach of the Miami Dolphins much to everyone’s surprise. During his time as their Head Coach, he turned a franchise that had been known more for losing recently into a winning team. He won 49% of his games and had two back-to-back winning seasons in 2020 and 2021.

As a result, many felt that because of Flores’ performance he would not be without a job for long.

He was then called for an interview with the New York Giants. However, before his interview, he received a message from his former boss Bill Belichick. The Patriots Head Coach congratulated Flores on getting the Giants job before he had interviewed.

Flores was puzzled and asked Belichick if he had meant to send the text to Brian Daboll. Belichick immediately apologised and informed Flores that the job was Daboll’s before Flores had even had the chance to be interviewed.

Flores has now chosen to sue the NFL and the teams involved and has received the backing of many former black coaches, fans, and media members.

Flores had to do this. In a league that is played by 70% black players, there is currently only one Head Coach. When the season ended, there were nine Head Coaching vacancies in the league. As of typing this, six of those vacancies have been filled by white men. So, does the NFL expect us to believe there are no qualified black Head Coaches?

The other issue is that when black Head Coaches are given an opportunity, they are usually given a short leash. In recent times, we have seen Steve Wilks and David Culley fired after one season, despite being given limited resources. Black coaches are expected to work miracles and when they do not, their position is questioned.

Then there is Jim Caldwell who took the Detroit Lions to the playoffs in two out of his four seasons in charge. He had the best winning percentage – 56.3% – of any Detroit Lions Head Coach since 1950, yet he was fired in 2017. To make matters worse, his replacements have fared much worse than him.

Also, despite never having a losing record in a season since taking over as Pittsburgh Steelers Head Coach in 2007, Mike Tomlin’s position is often questioned. All of these are one of many examples of black coaches having to work twice as hard to prove themselves.

The NFL has a problem with hiring minority coaches. But, why? Well, you would have to ask the majority-white owners why they mainly hire people who look like themselves.

Brian Flores has taken a stand and the fact that many people feel he may never coach again in the league tells you all you need to know. Flores, at 40, is risking his livelihood to affect change. The NFL must look within and address a problem we all know they have. But do they want to?